Rosalie Primary School can be found in Shenton Park, but long before Shenton Park was so named, it was the land upon which the Whadjuk Noongar people lived. It is recorded that Yellagonga’s people lived and moved across this land according to the seasons. The interlinked lakes and wetlands of the areas are significant in the Noongar creation stories of the Waugal. Lake Jualbup, more recently Dyson’s Swamp and Shenton Park Lake, was one of the waterways essential to the survival of Yellagonga’s people, providing water, food and shelter. Following settlement of the Swan River Colony in 1829 conflict between Noongar people and the newly arrived British settlers, assimilation policies, land clearing for suburbanisation and drainage of waterways significantly impacted the traditional lifestyles of the local indigenous people and their status shifted from one of connection to this Country to that of fringe dwellers. Bushland camps in the western end of Shenton Park were home to Noongar people, like Lynette Coomer, into the 1950s. These camps have since been displaced by urbanisation and consequently traditional ties to the land have been compromised. 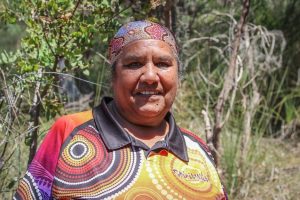 Lynnette Coomer grew up in bush land in Shenton Park in the 1950s and is a valuable member of our school family.(ABC Radio Perth: Gian De Poloni)

It all started with a rotten map

The area that would become Shenton Park was very different 120 years ago, before settlement of Subiaco started. Following completion of the railway in 1881 the bushland west of Mt Eliza (Kings Park) had been carved up into large “suburban allotments” of mostly around 2 hectares each (about 40 current day plots), in a plan by George Rotton, if not actually on the ground. That basic structure survives to this day, and it was the frequent and uncontrolled subdivision of these large lots and addition of many narrow streets that gave the Subiaco area its distinctive character over the next century. Many of the main streets marked out on that first map, including Onslow Road (named after Sir Alexander Onslow, appointed Attorney General of WA in 1880 and Chief Justice in 1882) and Derby Road (after Edward Henry, 15th Earl of Derby, Secretary of the Colonies 1882-1885) were in practice merely narrow sandy tracks through the bush, whilst some didn’t actually exist at all.

Settlement had started very slowly in the area centred on Bagot, Rokeby and Broome Roads (now Hay Street) near Subiaco station. In 1895 the population of Subiaco was still only 100, but rapidly increased to 1300 the following year, with many artisans or working class families attracted to settle in the area due to relatively cheap land and access to the railway station.

Whilst development in central Subiaco proceeded apace, life in what was known then as West Subiaco – too distant from the station to attract many residents – was much less advanced. In the centre was a large area called Dyson’s Swamp, low-lying and filled with reeds, which dried up completely in the summer. James Dyson was a sawyer who had used it as a watering place for animals whilst working in the area, and it was frequently used by horses and even camel trains journeying from Perth to Fremantle along the nearby track. In 1877 a speculator named George Shenton (later 3 times Mayor of Perth) bought all the land around the lake, perceiving that subdivision of the land would follow in time and make him handsome profits. The swamp was still a frequent haunt of local Aborigines despite the erection of settlers’ houses nearby.

In the spring of 1897 some of the local residents who had so far bought lots on the so-called Rosalea Estate in the area decided to setup a local cricket club for those disinclined to walk as far as the ground near the current Subiaco oval. Shenton agreed to their using some of his land around the lake, and before long the lake became known as Shenton Park Lake. In 1903 Subiaco footballers moved there, only moving back to Mueller Park, now Subiaco Oval, five years later as rising water levels both here and at Jolimont lake meant that the pitch was becoming waterlogged. Trade at the new Shenton Park Hotel (opened in 1906 at the corner of Nicholson and Derby Roads and now converted into flats) immediately slumped.

Now, was that Rosalea or Rosalie?

Subiaco School had opened in 1897 and was immediately overcrowded. The population at this time was around 2000, with most families having moved here from Victoria with the discovery of gold in WA, and they still lived in canvas tents or simple wooden houses amidst the bush. Although the Government School was regularly extended as the population boomed, it remained under continual pressure. 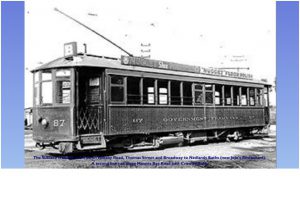 In 1900 the tramlines were extended south down Rokeby Road as far as the Kings Park gates, but pupils still trudged through the sandy bush to Subiaco School from the age of four. Facilities in the Rosalea and West Subiaco areas were still rudimentary compared to the more populated areas further north. For example, the few street lights were still powered by gas despite Subiaco having its own power station, whilst in summertime snakes were also a hazard along the narrow bush tracks.

Local residents persuaded the Education Department to build a new local school, and a 2 roomed brick school known as West Subiaco or Rosalea School was built in the corner of the 40-acre Lot 312 on George Rotton’s plan. The school opened on 15th October 1906 with 67 pupils. But over the next ten years the original spelling somehow became lost, and in 1917 Rose Street, one of the cross streets within the original Roselea Estate area, was renamed Rosalie Street for no apparent reason other than uniformity.

By 1907 there were 100 enrolments, and in 1909 a government inspector wrote “The work done at some schools, such as Rosalie, reflect credit on the industry and earnestness of the teachers and pupils”. In 1911 the new school principal became one of Rosalie’s most popular teachers of those early years, since he owned a motor car. Each Friday, test marks would be posted on the school verandah, and the best performers would be rewarded with a ride along Onslow Road, standing on the running boards of Harry Naylor’s car!

After 1910 the West Subiaco area started to develop rapidly, boosted by the building of a block of houses under the Workers Homes Act west of the lake. By 1913 numbers had increased to 145 and there was serious overcrowding at the school so a shed was built to house the infants, whilst classes overflowed into the Progress Association Hall in Onslow Road. Two more wooden rooms were built at the outbreak of the First World War and by 1915 numbers had grown by a further 40% as the local population continued to grow.

The Park and the Lake

“You’d walk … toward the Shenton Park area now, and it was just lovely natural bushland. They had tracks and we got to know it and it was quite an adventure for us to be able to do that. Mainly kids went there just to be out in the bush”.

After the Great War, local West Subiaco residents persuaded the Council to build a high fence around the deepening and widening swamp to keep out adventurous children. The lake was a convenient place to dump old rubbish over the fence, whilst local children built boats, paddled after ducks – which often apparently ended up in local cooking pots – and swam despite the “Keep Out” notices. As water levels rose, by the winter of 1920 the lake had spread over parts of Herbert Road, and Excelsior Street on the east side where there was also a dairy. By then, householders from all parts of Subiaco were actually being encouraged to tip their rubbish into the lake in order to reduce the size of the swamp! Trying to get the water level under control went on until the mid 30s, by when the council announced that “with the finalisation of the drainage scheme, further attention will be given to the improvement and beautification of Shenton Park”. However, much of this scheme – originally to include 3 smaller lakes, rustic bridges and a teahouse – had to wait until after the war.

The Infant Health Service started at King Edward Hospital after World War 1, and by 1929 had a clinic in Onslow Road. It was State policy to co-locate Kindergarten and Children’s Clinics, and so began what we know today as the Rosalie Off-Site Kindy. 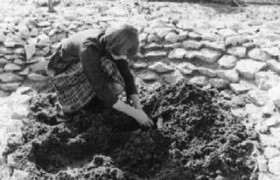 After WorldWar 2 the Onslow Park reserve was levelled and seeded to form Rosalie Park as another part of the beautification project. In 1965 this became the Subiaco Cricket Club ground, the football facilities were upgraded and floodlighting installed. And still efforts were being made with the lake! By now it was only a shallow, reedy puddle surrounded by deep gullies and the remnants of the earlier dumping including piles of rubbish, lawn cuttings and bits of the old fence, but finally in 1957 the land was graded and planted with grass and trees. But this process had removed the habitat of a variety of birds and animals. Many left never to return, whilst in 1970 the Council were forced to erect the “Tortoise Crossing” signs to warn motorists about the large number that still crawled from the lake every breeding time, and which are featured in the centre of the Subiaco City crest.

A favourite haunt of Aborigines up until the late 19th century had been transformed into a European style lakeside park that formed the centrepiece of the suburb that took its name – Shenton Park.

Shenton Park today is a thriving community and is described by many as having a “village atmosphere”. Being close to the city, King’s Park, the Swan River, the University of Western Australia and the beaches means that there are many options for recreation. Onslow Road contains a number of shops, cafes and restaurants, some of whom have been prominent suppor 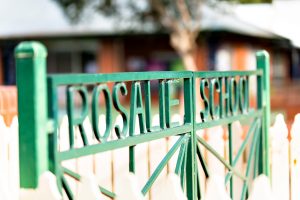 ters of the school.

The school provides a focal point for many families in the area. The parent body is very active in the life of the school and in bringing parents together in social gatherings and events. The staging and management by parents of the renowned Rosalie Primary School Fete, is an example of the activities that are undertaken.